The fifth anniversary of ‘One Belt One Road’, UNV video surveillance solution has applied in 40 countries amongst Africa

The Belt and Road initiative (BRI) is a development strategy adopted by the Chinese government. Until 2016 the initiative was known in English as the One Belt and One road Initiative (OBOR) but the Chinese came to consider the emphasis on the word “one” as misleading. The Chinese government calls the initiative “a bid to enhance regional connectivity and embrace a brighter future.” To construct a unified large market and make full use of both international and domestic markets, through cultural exchange and integration, to enhance mutual understanding and trust of member nations, ending up in an innovative pattern with capital inflows, talent pool, and technology database.

Forum on China-Africa Cooperation (FOCAC) was held in September 2018, which promotes the economic development for “One Belt and one Road” region. Uniview cooperated with other small and median contractor or worked independently to create safe environment for African focusing on safe city, smart transportation, energy, education, finance, etc., which gained many praises from the public. The project manager of Kenya Mombasa–Nairobi Standard Gauge Railway evaluated that UNV video surveillance solution has made an important contribution to railway safety.

Luanda is the capital and largest city in Angola, and the country’s most populous and important city, primary port and major industrial, cultural and urban center. Located on Angola’s coast with the Atlantic Ocean, Luanda is both Angola’s chief seaport and its administrative center. Uniview delivered a complete video surveillance solution integrated over 1400 IPC cameras with license plate recognition, and other intelligence algorithms, which covered 400 local police offices. It’s not only a good example for creating a safe city and smart transportation, but also the first time to apply in the overseas market for UNV high-end intelligence products and video surveillance solutions. 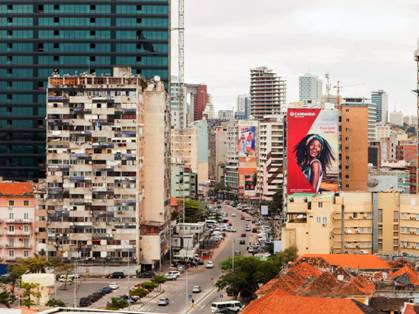 The Maputo-Catembe Bridge is the link between the capital city of Maputo and Catembe district, and also is the longest suspension bridge in Africa currently. As the pioneer in the field of intelligent transportation, Uniview offered a complete video surveillance solution for this suspension bridge to keep the traffic flowing and safe. In this solution, more than 70 HD IPC cameras and NVRs were covered in multiple tollgates along the line and along the highways. The captured data was transmitted to the back-end video monitoring center in real time for traffic analysis. Meanwhile, there was a connection between the captured data and storage system that could be used for later review and playback. 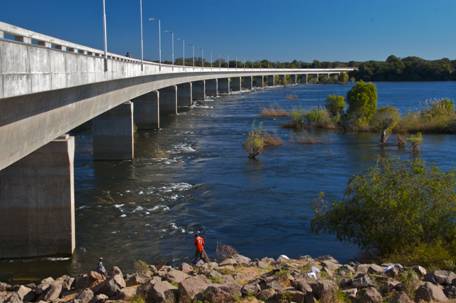 The Mombasa–Nairobi Standard Gauge Railway is a standard-gauge railway (SGR) in Kenya that connects the large Indian Ocean city of Mombasa with Nairobi which is the country's capital and largest city, the total length is 480 kilometers. This railway is the biggest construction project since Kenya gained its independence. Uniview installed more than 200 IPCs and up to 250 long-range distance PoE, covering more than 20 camps along the line, and participating in the construction guarantee. According to the previous agreement, Uniview will continue to protect this railway in the next 800 days after the completion of the project. 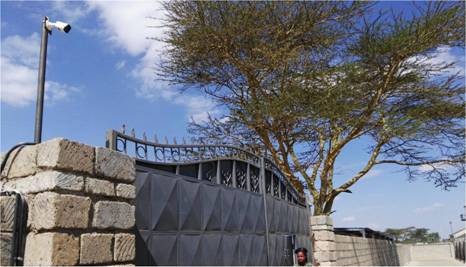 The University of Johannesburg (known colloquially as "UJ") is a public university located in Johannesburg, South Africa, which is one of the largest comprehensive contact universities in South Africa. UJ has transformed into a diverse, inclusive, transformational and collegial institution, with a student population of over 50 000, of which more than 3000 are international students from 80 countries. Uniview provided 228 IPC cameras with backend storage system, video management center, U-code technology, face detection, updated data security standard, intrusion detection, and other intelligent technologes to create a safe and smart campus for UJ students.

The AU Conference Center and Office Complex (AUCC) is a building in Addis Ababa, Ethiopia. It is the headquarters of the African Union and plays host to the biannual AU summits. It also serves as a conference center for African and diaspora businesses. The main building is 99.9 meters tall and it is the tallest building in Addis Ababa. More than 80 HD PTZ dome cameras were installed in important venues, the reliable back-end storage which supports RAID was connecting with building video surveillance center to create an overall security solution integrating monitoring, storage, and alarm identification. 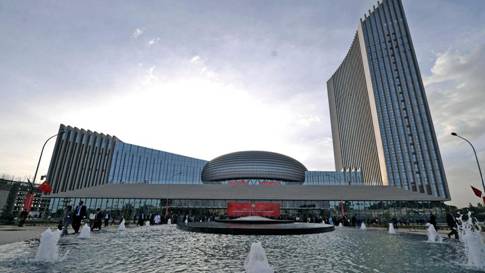 Uniview has entered into Africa market since 2015, the security products and video surveillance solutions have covered Mauritius, Kenya, Nigeria and other 40 countries. Uniview will continue to emphasize developing high-quality products to protect the safe life of African people with outstanding and innovative technology.